School control is one of the difficult tasks and a great responsibility that the head and members of the control perform, and it is necessary to be perfect in organizing and facilitating all control work, starting from managing examination affairs until announcing the examination results.

We all agree that the examination period is not easy not only for students, but also for control members, teachers and parents, especially for school control members, because of the great tasks and responsibilities that are attached to them that require effort and complete confidentiality in order to preserve student data.

Therefore, in this article, we will discuss together several important points and steps that you must know and adhere to if you are charged with the control work carried out by the school control members.

First, what is school control?

Let us put a simple concept to define school control, which is a committee composed of a group of individuals from teachers, observers, correctors and supervisors, headed by the head of control, a person of high efficiency and honesty who distributes control tasks to them and provides them with a safe place in the school to complete their job tasks.

Here we are curious to know the steps and stages of organizing the work of the control committees, how many there are, and what are the procedures that take place at each stage:

Several important and necessary measures are taken, including the following:

- Preparing all publications for exams until the announcement of the result.

- Receiving lists of students' names in alphabetical order for each grade and their data from student affairs, stamped and signed by the school director and student affairs department.

- Preparing the monitoring lists arranged alphabetically, including the seat numbers and registration status, with review and verification of their validity.

- Collecting a statement of the grades of students’ assessments for each subject approved by the subject teacher, the first teacher, the representative of student affairs and the school director, sealed with the school’s seal, and making two copies of these statements.

- Preparing the students’ sitting numbers and handing them over before the exam to ensure that they are available and known to all students.

- Preparing the committees and writing down the seating numbers on the students’ seats.

- Preparing the secret numbers, which are wrapped and kept in a secret place and sealed and can only be opened with a report

- Putting the secret numbers in the transcripts, with the names section cut out.

- Preparing, counting and arranging examination papers according to each subject.

In addition to examining and stamping the answer sheets, the following are done:-

- The head of the control receives the answer sheets from the procurement secretary.

- Examine the answer sheets and exclude the damaged ones.

- The chairman of the committee distributes the work to the control members.

- Review the papers, put them in the covers and hand them over to the confidentiality committee.

- Receiving the exam papers from the role inspector, reviewing them, arranging them, and handing them over to the secret committee.

- The secret committee puts the secret in a clear place and divides the papers into groups.

- Handing over the papers to the first teacher with a handover report and a question-and-answer form.

- Receiving the papers after correction, reviewing them, sorting them, ascertaining the grade, and handing them over to the Monitoring Committee.

- The Monitoring Committee monitors the scores in the monitoring statements, with the fraction placed in a regular form.

- The Examination Conduct Committee, which is responsible for the observation and absence lists and handing them over to the control.

- The final review of the monitoring statements is carried out.

- Keeping all answer sheets in envelopes, wrapping them, and handing them over to student affairs.

- Making notification cards with the result and handing them over to the school director with a record of delivery.

Tasks of the work of the control members

So, after we got acquainted together with the stages of work in the control committees, let's get acquainted with the tasks and duties of each of (the head of control - secret control - observers - correctors - role supervisors).

1- The role of the head of the control

- Choosing the control room according to the specifications and is well secured.

- Preparing a special record of the work plan and distributing it to the members without interfering with the terms of reference.

- Preparing the minutes of the control committee.

- Responsible for preventing any individual, even the head of the committee, from being alone in the control room to avoid suspicion.

- It is not permissible to combine control membership with grades.

- It is forbidden for any person to sit outside the members in the control room.

- Preparing a list of prohibited items inside the control room, such as eating or smoking.

- Fully responsible for the safety of all correction procedures.

The secret control committee is composed of the head of the control and two other members who are trusted in their expertise, honesty and duty, and do the following:

- Numbering the confidential papers with numbers different from the seat numbers in violation of them.

- Reducing the white space in the answer sheets before handing them over to the correction committees for the ease and possibility of carrying out correction work.

- Preparing confidential statements that include the name, seat number, and the general and specific password for each subject.

- Keep the exam papers wrapped and wrapped after exams, with the name of the subject and the first round or academic year on them.

- Observers must be present at the committees half an hour before the start of the exam.

- Receiving the committee file from the role supervisor.

- Warnings he tells students before the exam starts, such as not writing on the question paper.

- Creating the appropriate atmosphere for students in the committee.

- Not enabling students to violate the examination system.

- The absence of observers in the same committee next to each other.

- Ensure that each student sits in the place designated for him.

4- Duties of the corrector

- Adherence to the answer model is restricted to the meaning and not the pronunciation.

- Read the answer clearly and take the highest score in case there is more than one answer in favor of the student and sign in a clear line next to the answer.

- Paying attention to the failing paper and the paper that obtained the final grade to ensure that the paper is eligible for this grade.

- Ensure that the observers are present inside the headquarters of their committees according to the distribution schedule.

- Ensure that the answer sheet is distributed to the students 10 minutes before the start of the exam.

- Receiving the answer sheets from the observers after the end of the exam, reviewing their data, and signing the committee members on the record of default before it is handed over to the secret control.

Organizing and managing school control in the Edu Step Up system

So, let's know about the role that the Edu Step Up system will play to help you manage your control business:

Edu Step Up will help you to:

In addition, it provides you with several reports such as:

Therefore, if you are a school principal or head of your school’s control or a member of your school’s control members, you must know the role and duties of your job duties and make room for the use of technology in the school and dispense with the use of the excel sheet in preparing the control work in order to avoid mistakes that will expose you to legal accountability and also to arrange and organize control work management in an effective manner and complete his duties as quickly as possible. 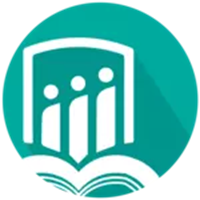 School Financial Management system | And how to rely on it?

The importance of using virtual classrooms in teaching and learning

guide to all the tasks of successful school principal

most important suggestions for the development of the school

How to inventory school stores to receive new items

The importance of the teacher's guide and inclusion

How to prepare your school for new job applications?

The most important characteristics of a successful teacher